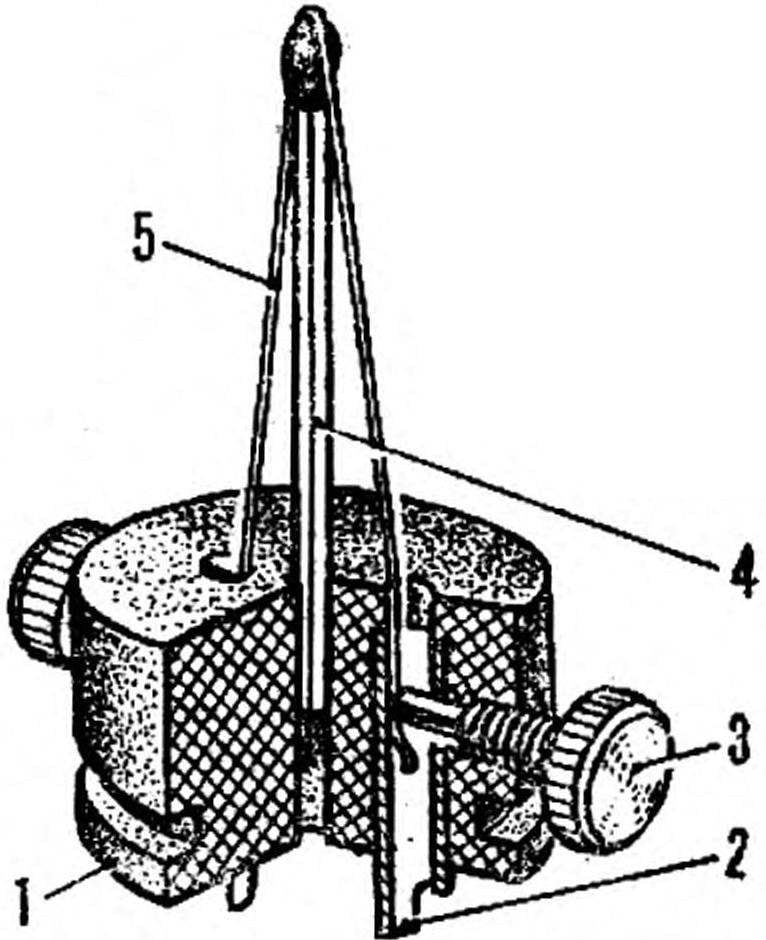 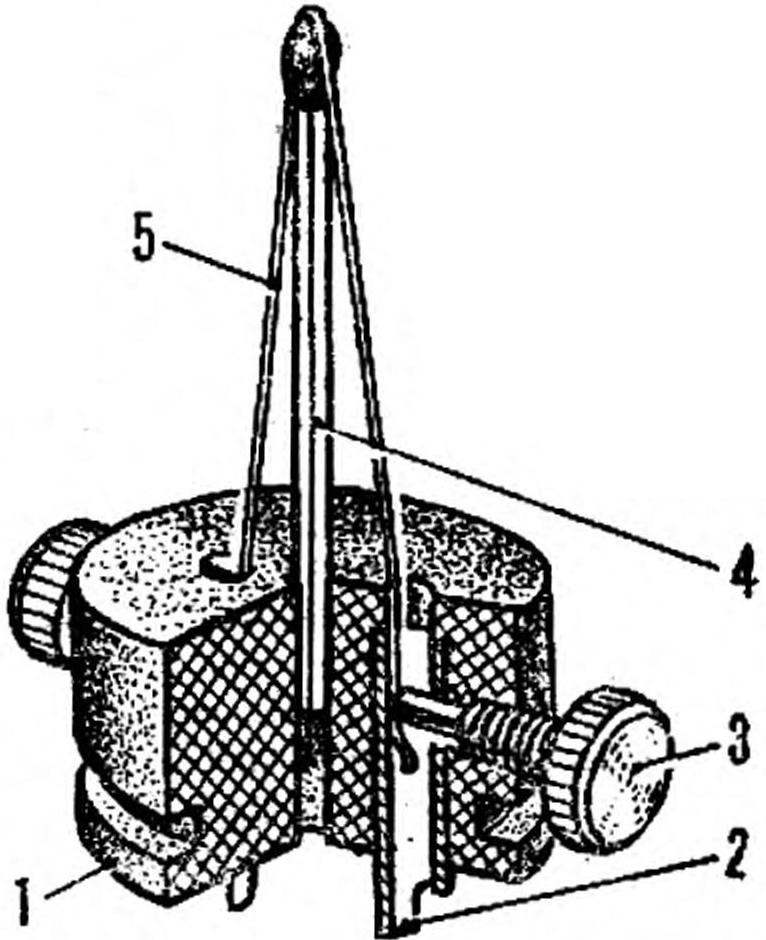 …Pressed — and rocketmodel rushes into the sky. It worked Elektrostal — nichrome spiral, covered with inflammable matter, heated by an electric current, and the fuse ignited the powder charge MRD— model rocket engine. Simple, isn’t it? It is a pity that the fuse device is disposable.
Offer designed with us, flying in a circle Nelidovo the village of Gorky region, the starting device is reusable. Its main part — the holder is made of heat resistant plastic with two holes for the contact plugs and one Central, under ordinary match. Sleeve of copper tubes in the holder they are secured by glue BF-2. At the bottom of the holder has an annular groove, the retainer contacts an insulating rubber cap. 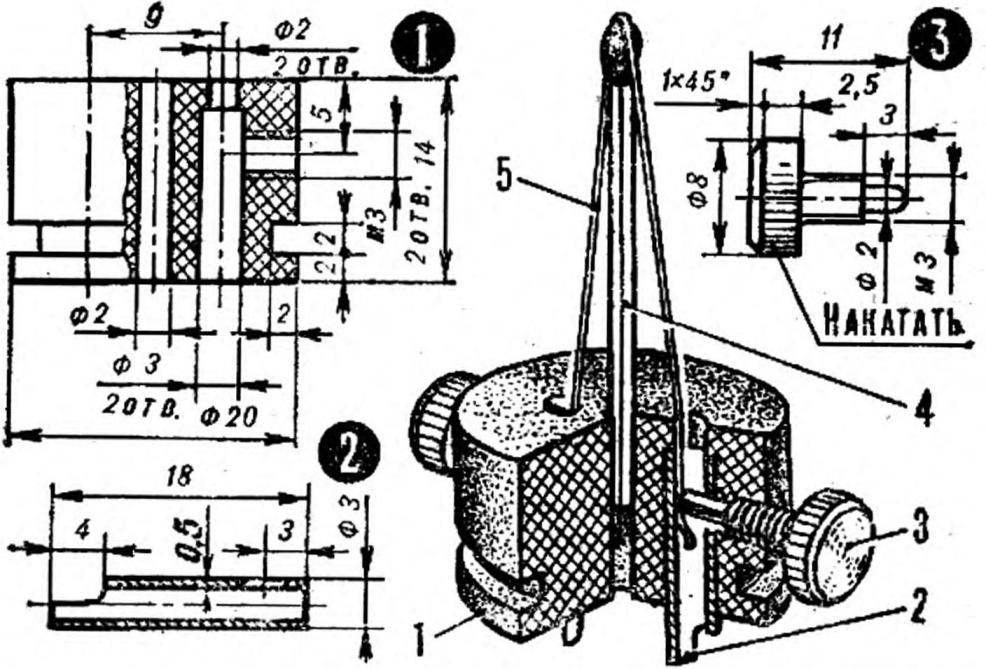 Initiating device:
1 — holder, 2 — sleeve, 3 — fixing screw 4 — match 5 — nichrome filament.
That’s all the details. In the Central hole is inserted a match into the sleeves — nichrome wire, and the fuse is connected via the button to the power source. Turn on the current — nichrome filament will instantly ignite a match, and that the powder charge of the engine. To launch the next model of the rocket is sufficient to replace in the holder match.